Youngsoft is an information technology and technology company founded in 1996 and headquartered in Wixom, Michigan. In its 24 year history, Youngsoft has specialized in IT consulting, staffing, and project management for clients throughout the world ranging from startups to industry leaders. As with all successful technology companies, Youngsoft is always focused on the future, forming partnerships with other innovative companies and branching out into new areas. 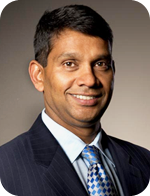 Rupesh is the founder, President, and CEO of Youngsoft Inc. and H2H Solutions, along with starting several other tech companies such as Enterprise System Solutions (ESSPL), Yknotlearn, and Caring4Nurses. He has over 29 years of experience in the tech sector, and currently sits on the board of several prestigious institutions, including Lawrence Technological University and Ferris State University.

Rupesh has a Bachelor’s Degree in Mechanical Engineering from Ranchi University. 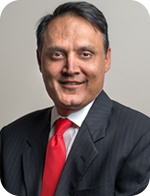 Sandeep has over 26 years of operations experience in various industries such as technology, engineering, processing, and manufacturing. Sandeep has played a key role in the success of Youngsoft since 1997, and also serves on the Board of Directors of H2H Corporation and Enterprise System Solutions (ESSPL). He is also a Charter member of The Indus Entrepreneurs (TiE) Detroit Organization and a regular contributor to the entrepreneurial and social activities of Metro Detroit area.

Sandeep holds a Bachelor’s Degree in Mechanical Engineering from the National Institute of Technology (NIT) and an MBA from XLRI – Xavier School of Management, both institutions located in Jamshedpur, India. 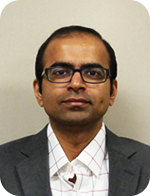 Sridhar Anand – Director IT and Delivery

Sridhar has over 17 years of experience of various industries across healthcare, automotive, manufacturing and technology start-ups. He is creative and passionate about the latest web and mobile technologies. He loves solving business problems and bringing valuable insight into Youngsoft’s product strategy. His knowledge of best IT practices and lean methodology will significantly benefit effective delivery of projects at Youngsoft.

James K. Haveman continues to have a distinguished history of public service management and volunteer work.

He was appointed on September 1,2012 by Governor Rick Snyder of Michigan as the Director of the Michigan Department of Community Health. He was chosen to drive the Governor’s aggressive health and wellness agenda forward- a critical piece for reinventing Michigan. Haveman retired from that position on September 12,2014. He previously served in this position from 1996-2003 and as the Department of Mental Health Director from 1991-1996. Haveman was appointed to both of these positions by Governor John Engler.

In 2003, he was appointed by the White House as the Coalition Provisional Authority Senior Advisor to the Iraqi Ministry of Health. He was Iraq’s Acting Minister of Heath for the first three months of his 11-month tenure. During this time he was also the Senior Health Advisor to Ambassador Paul Bremer.

Haveman has received numerous awards and tributes, including the National Governors’ Association Distinguished Service Award in 1998 and the Department of Defense Medal for Distinguished Public Service in 2004.

Haveman currently is President of the consulting firm, the Haveman Group. He is on the Board of the Grand Rapids Public Museum, Youngsoft Inc. and H2H Solutions. He serves as the Finance Chair of the Blue Cross Blue Shield of Michigan’s Foundation Board. He also serves on the National Advisory Board of the University of Michigan’s Institute for Health Policy and Innovation.

A social worker by training, Haveman is a 1966 graduate of Calvin College. He earned his master’s degree in social work from Michigan State University. He is married to Barbara and they have two children and seven grandchildren.

Stephen J. Pickett spent many years in automobile industry leadership positions with companies that included American Motors, Volkswagen and ITT Automotive. He also held the position of President of the national board of the Society for Information Management (SIM), is a member of their Advanced Practices Council, and a member of the SIM Detroit board. SIM is the premier network for IT leaders including CIOs, senior IT executives, prominent academicians, consultants, and other IT leaders. Stephen also plays an important role in the local community as a past Chairman and current board member of Oakland Family Services, a nonprofit established in 1921, Philanthropy Committee chairman for SIM Detroit. Stephen is currently a board member of We Build Character providing structured, community-based leadership mentor programs to high-potential professionals. 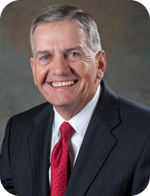 Paul has been involved in many community organizations. He has served on the boards of Habitat for Humanity, Junior Achievement, The League, and Goodwill Industries. He has also served on several committees for non-profit organizations, including United Way, West Michigan Strategic Alliance, and the Chamber of Commerce. Paul also served on the board of Topco Associates of Chicago, and is a past member of the Coca Cola Research Council.

Paul has a Bachelor’s Degree and an Honorary Doctorate from Ferris State University, and an M.B.A from Western Michigan University.

Paul and his wife Cathy have two adult children and two grandchildren. 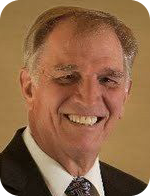 Anthony H (Tony) Derhake was born on Nov. 26, 1943, in Florissant, MO. As the second oldest and the first-born son to Herman Derhake and Anthonella (Ellebracht) Derhake, he lived on a dairy farm on Derhake Road in Florissant, MO. He graduated the eighth grade from Our Lady of Fatima in Florissant, and then spent three years at preparatory seminary with the LaSalette Fathers. Upon leaving the seminary, he completed his senior year at Warrenton Rural 3. Tony played baseball and basketball for Warrenton High.

Tony attended Kirksville State Teachers’ College for one year (1961-62) during which time he decided to become an engineer. He transferred to the University of Missouri at Rolla (UMR) to pursue an electrical engineer degree. Attending college during the Vietnam War, Tony decided to attend as an ROTC student. After depleting his money his junior year, he dropped out and went to work at General Motor’s Chevrolet Shell Ammunition Plant located in St. Louis, MO, as well as sign up for the National Guard and left for Basic Training in 1967.

Tony returned from the Military in time to go back for the second semester at UMR in January, 1968. He married Dorothy in May, 1968, and the newlyweds returned to UMR for his last semester and graduated in January, 1969, with a Degree in Electrical Engineering.

Tony joined General Motors and started his Professional Career working at Delco Electronics (at that time named Delco Radio) in Digital Systems Technology Development with implementing various custom applications of industrial process controls. In 1979, he started his Automotive Career by transferring to Cadillac as Manager of the Vehicle Electrical and Electronic Systems with the early days of Engine Controls being the most significant. In 1987, he moved into the Vehicle Chief Engineer of the 1989 Riviera and Toronado vehicles, for which Cadillac had design responsibility. After a couple of years, he was assigned to Program Manager of the 1992 Eldorado and Seville.

Tony joined Buick Motor Division in Nov. of 1989 as the Chief Engineer with responsibility to support the Buick Mission by leading the Design and Planning of the Buick Product Portfolio. This could have been considered a Project Management assignment in the sense that leadership, teamwork, and project organization were key success factors. This assignment included the function of the “Market Line Manager” (MLM), which is the market voice for the car, and the “Product Satisfaction Manager,” with the Resident Service Engineers, which is the quality voice for the car. In this assignment, Tony got directly involved with Buick being the Select Brand for GM Automotive initiative in China and was fortunate to announce the First Buick at China’s Auto Show.

In 1995, with the Organization Change, he moved over to Marketing and was selected to be the Brand Manager of Mid-Size Car – Buick Century, that included being responsible for the profitability, voice of the customer and the marketing elements, such as, advertising, promotion, sales allowance and market share. In 1989 he was chosen to take up the responsibility to lead the strategic effort of Buick’s Golf Program.

After retiring from GM in 2001, he continued, on a part-time basis, to be the Executive Director of Golf for Buick. He started to leverage golf as a Vehicle Marketing Strategy with the signing of Tiger Woods. Also, at this time, he started to work with Youngsoft on a part-time basis involved with the business development and followed up with being on the Board and function as a Business Advisor to Rupesh Srivastava.

Tony and his wife Dottie have retired in Summerlin, Nevada (Las Vegas) and have three grown sons with four grandchildren. He spends his time trying to be a better golfer, volunteering at their church, enjoying his sons and their families, and is on two Boards, one of which is Youngsoft’s overall business. He enjoys the technical “IT” business and potential for future opportunities.

Youngsoft offers clients the efficiency, adaptability, and fast response times that larger firms simply cannot match, while giving up nothing in terms of tech capability or global presence. Youngsoft and its partners have deep connections in both Europe and Asia, and its ability to address staffing issues on a global scale gives it a competitive edge few can match.

Youngsoft not only has a strong US based presence in the areas of IT consulting and business development, but also has several international partners in a variety of specialized fields that share our commitment to providing unmatched service and support to our customers

ABSYZ, established in 2011, is headquartered in India, and has supported client engagements in Asia, Europe and North America, with over 130 employees worldwide, holding 159 Salesforce certifications, and having completed over 100 Salesforce projects.

For more information about ABSYZ and the services and support they can provide, please visit www.absyz.com

H2H is a Health Care brand within the YS family that own proprietary technology and service solutions for the healthcare industry. 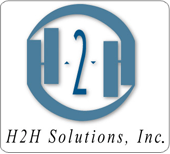 For more information about H2H Solutions and the services and support they can provide, please visit www.h2hsolutions.com

Started in 2000, Ritwik provides in offshore programming services to small and medium-sized clients, specializing in web and graphic design, web development, and enterprise application development. These clients include U.S. based companies along with international clients throughout Asia and Europe.

For more information on Ritwik and the full range of services and support they can provide, please visit www.ritwik.com

Founded in 1998, ESSPL continues to provide offshore/onsite IT support and services to clients spread throughout Asia, Australia, Europe, and North America in such industries as healthcare, telecom, insurance, and logistics. ESSPL is a CMMI Level 3-certified company.

For more information on ESSPL and the full range of services and support they can provide, please visit www.esspl.com

Incorporated in 2005, Youngtronics is a full-service contract manufacturing company with an innovative team of engineers and other professionals dedicated to producing the highest quality products. These products include electronic design and assembly as well as prototyping, and can accommodate low, medium, or high-volume production to meet client needs.

For more information on Youngtronics and the full range of services and support they can provide, please visit www.youngtronics.com